Global Semiconductor Factory Crisis May Be Coming for Shotage of Coolant

On March 18, 3M Belgium announced to customers that the plant would be closed indefinitely. It is reported that the plant mainly produces coolants for semiconductor etching processes. 3M accounts for 80% of the world's production capacity. Its customers include TSMC, Intel, Samsung, SK Hynix and other global semiconductor giants.

The 3M factory was forced to close by the Belgian government, mainly related to local environmental protection policies. Because its coolant products contain perfluorinated and polyfluoroalkyl substances (PFAS), which may accumulate in the human body, European countries have begun to treat this chemical substance. Strict control may lead to a reduction in the production of related electronic components. During the period of global supply shortage, it is very important to keep an eye on the trend of electronic components.

Semiconductor production is a complex process, and problems in any link in the industrial chain may affect the whole body. The closure of the factory has a great impact. If the manufacturer is unable to replenish inventory in time, it may even affect the normal production of chips. In this regard, Tang Zhishang, director of the Japan Precision Machining Research Institute, wrote an article to express his views on this matter. Read this article and you will understand:

Since the spread of novel coronavirus infection (COVID-19) in 2020, chips have become seriously scarce, and semiconductor factories around the world have increased production and production. According to the World Semiconductor Market Statistics (WSTS), the shipment volume in 2021 is about 552.3 billion US dollars, and the shipment volume is about 1.2 trillion, which is a record high. And in this year, that is, 2022, shipments and shipments will exceed this figure. Thus it can be seen that the semiconductor industry has ushered in an unprecedented boom in recent years. 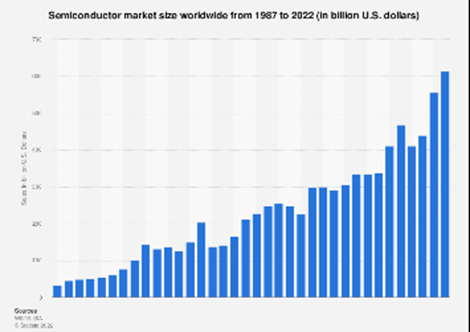 Figure 1: global semiconductor shipments and shipments (forecast for 2022) Source: based on WSTS data

However, in this grand occasion, there has been a "cold water incident". On March 8, 2022, the Belgian plant of 3M in the United States stopped producing coolant containing PFAS. The author was surprised to learn of the situation.

This is because liquids such as Fluorinert are essential coolants for temperature control of semiconductor dry etching equipment, and 3M has an 80 per cent global market share in this field. If the supply is cut off, dry etching equipment running in factories around the world will stop working.

This paper describes in detail the impact of 3M's closure of its plant in Belgium. First, we will explain where coolants such as Fluorinert are used in dry etching equipment. Next, the global market share of 3M in this field will be introduced in detail. Then, infer where and how the impact of 3M plant closure in Belgium will be hindered.

All in all, the current situation is very serious. The only solution seems to be a petition for (interim) deregulation to the Belgian government as a joint body of the world semiconductor industry group and the government.

In dry etching technology, in order to form fine particles, deep holes and grooves, the importance of wafer temperature control is increasing year by year. 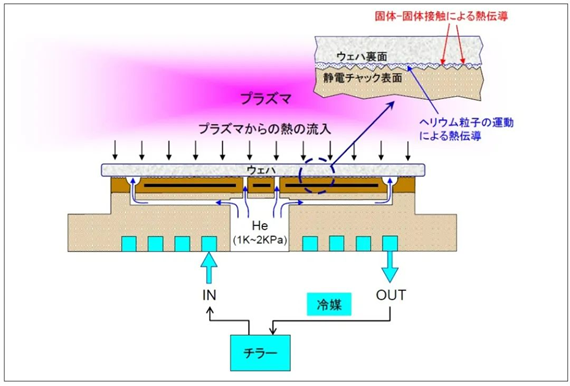 As mentioned above, in the electrostatic sucker of the dry etching device, the wafer is controlled to a certain temperature by circulating coolant and he gas in the cooler. Due to the wide range of temperatures, from high temperatures close to 100 C to extremely low temperatures of-40 C, coolants optimized for each target temperature are required.

Moreover, although this coolant is recycled, it will leak bit by bit, so it should be recycled while replenishing the amount of leakage. In other words, semiconductor factories need to allocate coolants steadily in order to operate dry etching equipment. 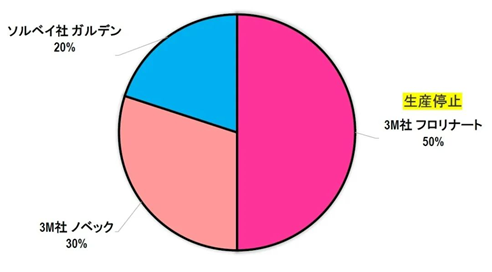 As stated at the beginning of the article, 3m accounts for 80%. In addition to the discontinued fluoro-based inert liquid Fluorinert,3M, a product called "Novec" is sold, which is a partially modified fluorocarbon structure used to replace freon. It is estimated that Fluorinert has a global market share of about 50 per cent and Novec is about 30 per cent. The Novec is made in 3M's American plant and there is no problem with production so far.

In addition to 3M, Belgium-based Solvay (hereinafter referred to as Solvay) also sells a coolant called Galden, which is estimated to have a global market share of about 20 per cent. Solvay's Galden is produced in an Italian factory, and there is no problem with production at present.

In short, with the shutdown of the 3M plant in Belgium, about half of the world's dry etching equipment coolant suddenly disappeared. As long as you think about it, you can see the seriousness of this impact.

03. Chaos of semiconductor factories in operation

According to one supplier, 3M's plant in Belgium was closed in December last year. As a result, in early 2022, dark clouds began to spread to Fluorinert supplies. Finally, on March 8, PFAS-related production at the Belgian factory stopped.

As a result, semiconductor factories that use Fluorinert in spare machines for dry etching equipment must purchase substitutes as soon as possible before the reserves are used up because the reserves are only about 1-3 months old. The options are only 3M Novec or Solvay Galden.

All of a sudden, the market share of coolants in the world is only half, and orders from semiconductor manufacturers are pouring in. According to information provided by reliable sources, the orders received by Solvay cannot be handled at all. In addition, a memory manufacturer in South Korea said it wanted to buy all the Galden produced by Solvay.

The second problem is that even if 3M Novec or Solvay Galden can be purchased as a substitute, it may not be able to adapt to the temperature range required for dry etching equipment. For example, if you want to control the temperature of the electrostatic sucker at a very low temperature of-40 ℃, even if you mix the coolant for high temperature, it cannot be used.

The third problem is that even if we succeed in obtaining an alternative coolant within the required temperature range, we still need to confirm whether the coolant can be used to make semiconductors as before. Therefore, it is necessary to use alternative coolant to make prototype and set the conditions of dry etching process. It will take quite a long time. Moreover, the problem does not stop there.

(note) according to the information obtained by the author, models used in the general temperature range in the 3M Novec lineup can be used in Taiwan, and TSMC seems to be using them, but it is said that Novec is not allowed in Japan. If so, then Solvay's Galden is the best choice for Japanese power semiconductor manufacturers such as Armor, Sony and Renesas. In other words, it can be said that Japanese semiconductor manufacturers are facing a more difficult situation.

Since 2021 last year, semiconductor companies have invested in equipment and plan to set up new semiconductor factories. The projected equipment investment in 2022 shown in figure 4 is: TSMC US $44 billion, Samsung Electronics US $36 billion, Intel US $28 billion, SK Hynix US $13.9 billion, Micron US $11.5 billion, etc. In addition, countries and regions are spending huge subsidies to strengthen semiconductor manufacturing. 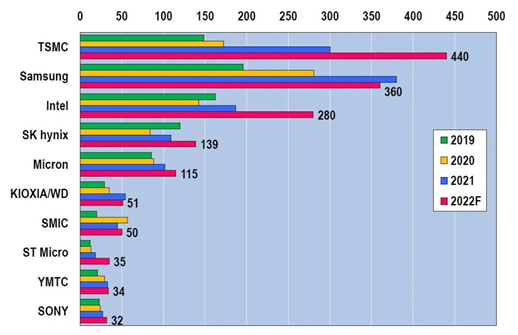 However, even if Lam Research, Tokyo Electron, applied materials, Hitachi high-tech and other manufacturing dry etching equipment, there are 4-5 refrigerator manufacturers in the world supply refrigerators, it is difficult to ensure the coolant used in refrigerators. In other words, even if a semiconductor manufacturer adds a new factory and introduces hundreds of dry etching equipment and more than the same number of refrigerators in each factory, the etching machine will not work unless coolant can be purchased. I have to say that this possibility is very high. How can we solve this problem?

04. There is no other way but to petition the Belgian government?

If 3M and Solvay invest in equipment to double the supply of Novec and Galden, the new (though not all) plants may be put into use. But given that 3M and Solvay will ensure budget, plant construction and mass production of coolant, this will take several years. Therefore, I don't think the problem of coolant used in refrigerators can be solved immediately.

In this way, there is only one means left. That is, semiconductor industry group SEMI and governments petitioned the Belgian government to lift the suspension of 3M production at its plant in Belgium.

It is said that the background of the disturbance is the influence of environmental inspectors of the local government in Flanders, Belgium. Concerns have surfaced that fluorine compounds such as 3M Fluorinert have existed in nature for a long time without being broken down because of their stability, which is said to be the reason for the plant's shutdown.

Environmental issues are important, but the impact of the sudden closure of the 3M plant in Belgium is too big. It is hoped that there will be a delay before the local government of Flanders in Belgium starts mass production of alternative products. In other words, can 3M's Belgian plant just stop operating temporarily? In this regard, we look forward to petitions from SEMI and governments to the Belgian government.

The Global Semiconductor Silicon Wafer has Entered a Golden Period 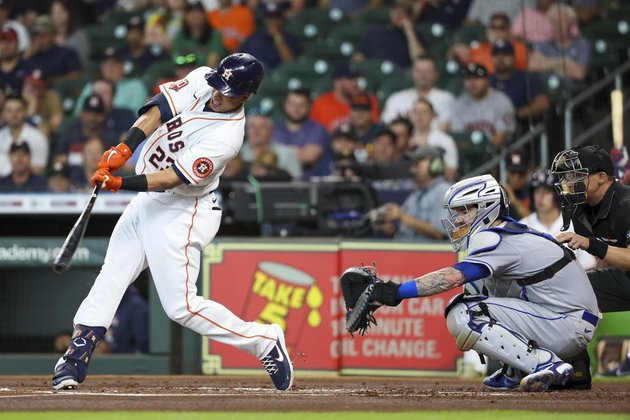 The Houston Astros placed outfielder Michael Brantley on the 10-day injured list Tuesday due to right shoulder discomfort. The five-time ... 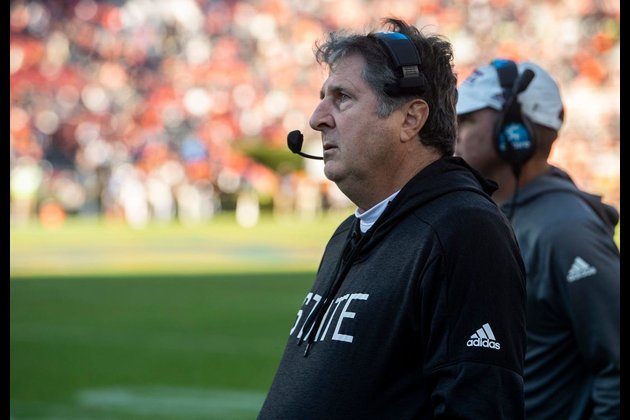 Mississippi State and its head football coach, Mike Leach, agreed to a two-year contract extension on Tuesday according to multiple ... 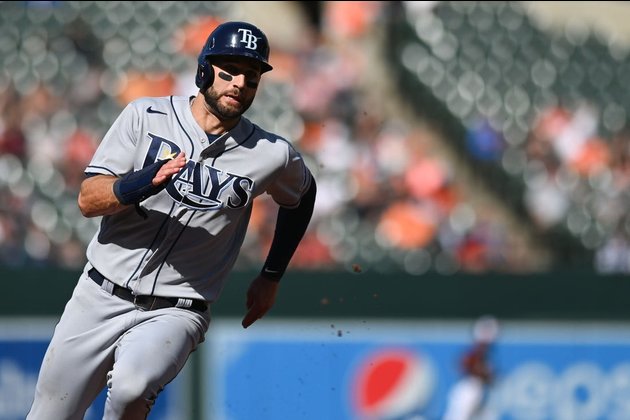 Tampa Bay Rays center fielder Kevin Kiermaier said Tuesday that he is hopeful of returning from his left hip injury ... 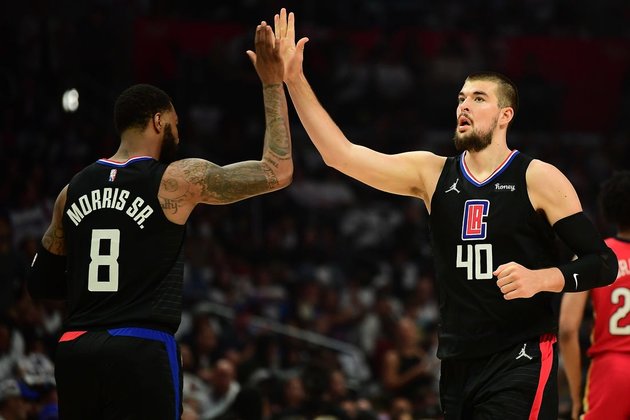 Ivica Zubac is getting paid. The Los Angeles Clippers agreed to a three-year extension with the center worth $33 million, ... 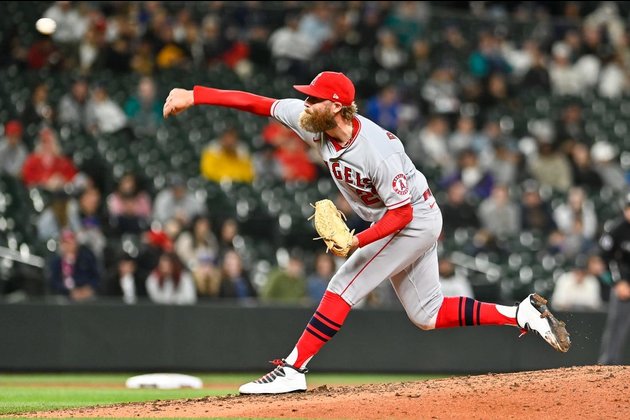 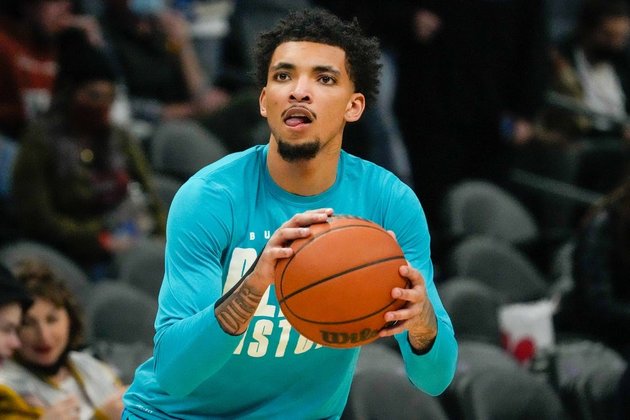 Charlotte Hornets rookie James Bouknight had surgery Monday to repair a tendon in his right pinky finger, the team announced ...

LONDON, England: As prices in stores throughout Britain rise, British consumers shopped less in May and also expressed less confidence ...

As first in US, driverless taxis picking up customers in San Francisco