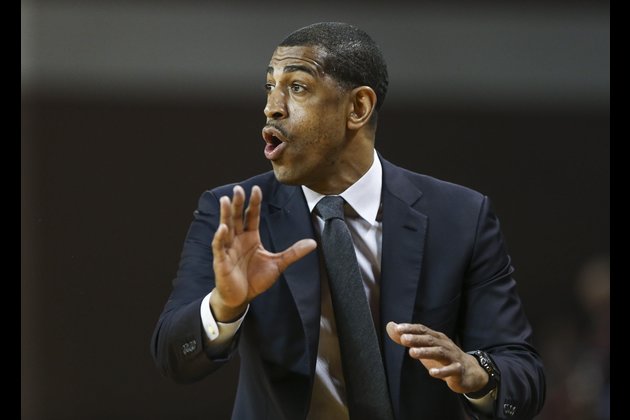 Former UConn head coach Kevin Ollie was awarded more than $11 million in his arbitration case against the university, ending a four-year legal battle.

Arbitrator Mark Irvings ruled Thursday that UConn "violated the collective bargaining agreement when it terminated Kevin Ollie without just cause."

Ollie must receive $11,157,032.95 within 10 business days to satisfy the judgment on the remaining years and compensation that was on his contract when it was terminated in 2018.

"I am please with arbitrator Mark Irvings ruling which found that UConn did not have just cause to terminate my contract," Ollie said in a statement released by his attorneys. "I wish to thank God and my family, whose grace sustained me over the last four years."

Ollie led the Huskies to the national championship in 2014, but he was fired on March 10, 2018, with UConn contending it was for "just cause" due to an NCAA investigation into the coach and his program.

Firing Ollie with cause would eliminate a buyout of almost $10 million per his contract, which was extended to run through 2021.

It wasn't until September 2018 that the NCAA hit Ollie with an unethical conduct charge, alleging that Ollie provided false information about phone calls that took place between a top recruit and former UConn players Ray Allen and Rudy Gay. The NCAA also said Ollie didn't tell the truth about what he knew in regard to workouts in Georgia led for players by Derek Hamilton, a professional trainer and Ollie's friend.

"... The arbitrator agrees that the NCAA's ruling that Ollie engaged in serious NCAA violations gave UConn sufficient basis to terminate Ollie for just cause. However, the arbitrator concluded that UConn should have waited the 16 months it took for the NCAA proceedings to conclude before terminating Ollie.

"As an NCAA member institution, UConn did not have the luxury of waiting more than a year before terminating Ollie for the misconduct the university was aware he had engaged in. UConn could not continue to employ a head coach with the knowledge that he had violated NCAA rules that put student athletes, as well as the entire UConn athletics program, in jeopardy."

Ollie went 127-79 in six seasons at his alma mater, including the Huskies' championship in his second season.

Irvings, a former arbitrator for Major League Baseball, took over the case in January 2021 after the death of the original arbitrator, Marcia Greenbaum.