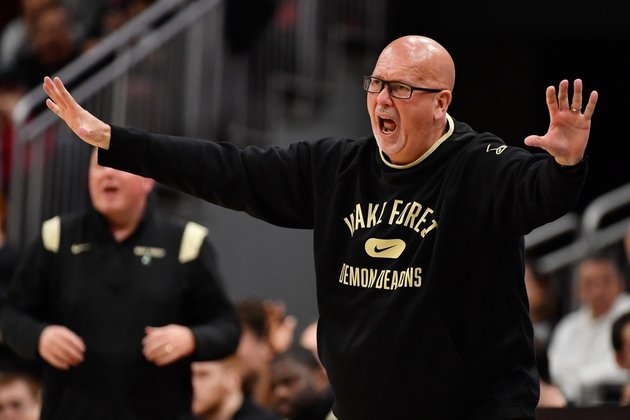 The momentum continued for Wake Forest as Alondes Williams scored 19 points to lead the way in the Demon Deacons' 80-64 victory over Atlantic Coast Conference rival Georgia Tech in Atlanta.

It was Wake Forest's second road conference win in five days, and its fourth win in its last five contests overall. The loss, on the other hand, was Georgia Tech's fifth in its last six games.

The knockout blow was an extended 25-7 run midway through the second half, a spurt that elevated the Demon Deacons (15-4, 5-3 ACC) from a 51-49 deficit to a 74-58 lead. And as it has all season, Wake Forest got its contributions from all across the board.

Williams shot eight of 13 (61.5 percent) and added nine assists and seven rebounds, with four other players scoring in double figures. Wake Forest also had 23 total assists. Isaiah Mucius shot eight of 12 (66.7 percent) from the floor for 18 points and Jake LaRavia stuffed the box score with 13 points, nine assists and five rebounds. Daivien Williamson and Dallas Walton rounded out the majority of the visitors' scoring with 11 points apiece.

Georgia Tech (7-10, 1-6) got an excellent game from Michael Devoe, but not much in the form of support. Devoe scored 22 points, but Jordan Usher was the only other Yellow Jacket to reach double-digits with 13 points. Georgia Tech shot just 5 of 20 (25 percent) from 3-point range, missed six free throws and turned the ball over 15 times in another dismal offensive performance.

Wake Forest ended the game on a red-hot shooting streak and hit 58.6 percent of its shots in the second half, while Georgia Tech connected on just 36.7 percent. The 15 Georgia Tech turnovers led to 21 Wake Forest points, and the Demon Deacons dominated the game down low with a 48-30 advantage in points in the paint.