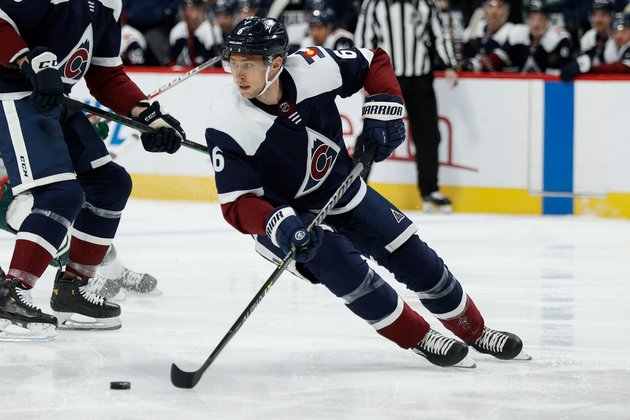 Pavel Francouz had 24 saves in relief of Darcy Kuemper and stopped all three in the shootout and Alex Newhook also scored for the Avalanche, who have won 14 straight home games.

Rantanen scored on Colorado's second attempt of the shootout and Francouz made a glove save on Kaprizov to seal the win.

Kuemper left the game after getting hit up high by Jordan Greenway midway through the second period. He was looked at by a trainer and initially stayed in the game but left on the order of the NHL's concussion spotter.

The Avalanche outshot Minnesota 16-8 in the first and got the only two goals of the period after the Wild took two penalties.

Brandon Duhaime and Ryan Hartman took minor penalties 16 seconds apart, giving Colorado a 5-on-3 advantage for 1:44. The Avalanche cashed in 22 seconds later when Rantanen banked in a rebound off of Kahkonen at 15:57.

It was his 20th goal of the season.

Minnesota killed off Hartman's penalty, but four seconds later Newhook's one-timer off a pass from Sam Girard made it 2-0 at 17:39. It was his eighth of the season.

Fiala got one back for the Wild when he scored on a backhand just 33 seconds into the second period. It was his ninth of the season.

Kaprizov tied it at 6:46 of the third period but Colorado went back ahead 3-2 at the 16:28 mark when MacKinnon's shot went into Kahkonen's pads. It was initially ruled no goal but overturned upon review. It was MacKinnon's ninth of the season.

Kaprizov tied it 41 seconds later with Kahkonen off for an extra skater. It was his 16th of the season.