Balanced Wizards too much for 76ers and Joel Embiid 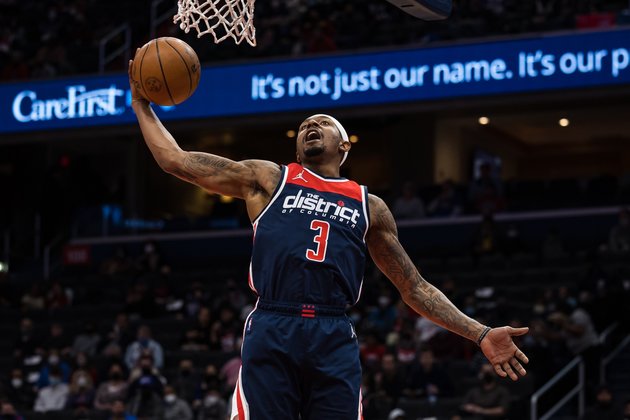 Joel Embiid led Philadelphia with 32 points and eight rebounds. It was the 11th consecutive road game that Embiid produced at least 30 points.

Tyrese Maxey added 18 points for the Sixers, who had their two-game winning streak snapped.

The Wizards jumped out to a 60-49 lead late in the second quarter. After Maxey missed a short jumper from the corner, Beal responded with 1 of 2 free throws for a 12-point advantage with 2:29 left.

The Sixers made a late run and closed within 61-55 at halftime thanks in large part to Embiid's 16 points.

Beal, who was cleared the COVID-19 protocol before the game, paced the Wizards with 12 first-half points.

When Caldwell-Pope dropped in a 3-pointer from the wing with 8:41 remaining in the third, the Wizards extended their advantage to 72-59.

Embiid answered with a trey to slice the deficit to 10, but Washington still led 91-83 at the end of the third.

Maxey scored on the Sixers' first possession of the fourth, but the Wizards scored on three straight trips for a 97-85 lead with 10:14 to go.

The Sixers continued to struggle on the offensive end and the Wizards capitalized as Harrell converted a three-point play with 5:14 remaining for a 107-90 lead.

Washington had little trouble from there as it cruised to the win.