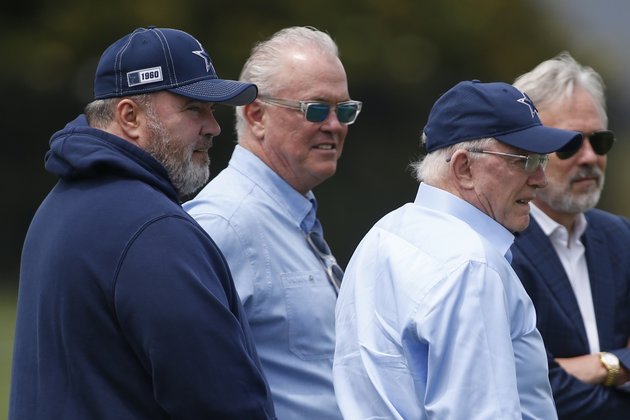 Jones said Monday he "absolutely" felt McCarthy would be back and later in the day, Jones' father and team owner Jerry Jones, said a coaching change was "not on the table."

However, Jerry Jones said after Sunday's wildcard loss to the San Francisco 49ers that he couldn't remember being "this disappointed" after a loss.

The 49ers held on for a 23-17 victory but Dallas had a chance on its final possession despite setting a franchise record for penalties (14) in a playoff game.

With zero timeouts, the Cowboys drove into 49ers territory with quick passes toward the sideline to stop the clock. But Dallas' last chance ended when Prescott ran 17 yards up the middle to the 49ers' 24-yard line and could not spike the ball to stop the clock before time expired.

"That was the best option ... it's the right decision," McCarthy said.

McCarthy said officials told him after the play that they would review and, if necessary, put time back on the clock. Then, they announced instead that the game was over and exited the playing field.

"When you get this combination of players together, you need to have success," Jones said Sunday night.