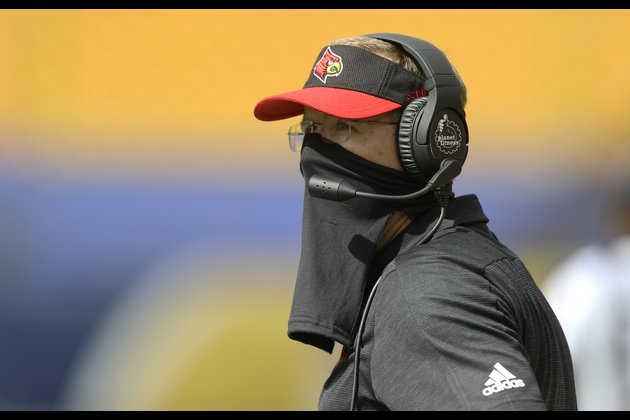 Hooker went 10-of-10 passing for 183 yards, and contributed 68 of the Hokies' 283 rushing yards. The performance was a significant bounce-back for the quarterback, who threw three interceptions at Wake Forest on Oct. 24, and for the Hokies (4-2, 4-2 ACC).

Coming off last week's loss, in which Virginia Tech's offense sputtered to just 16 points, the Hokies cleared that mark by the early second quarter. They took a 21-0 lead, all on Hooker touchdown runs, and looked headed for an easy win.

But Louisville (2-5, 1-5) whittled away at the deficit behind quarterback Malik Cunningham and running back Javian Hawkins. Cunningham went 23-of-35 for 350 yards with three touchdowns and three interceptions, and Hawkins ripped off 7.6 yards per carry en route to 129 with a touchdown on the ground, and another score as a receiver.

Cunningham found Dez Fitzpatrick for 82 of Fitzpatrick's 158 yards on a fourth-quarter touchdown. After holding Virginia Tech to a field goal, Maurice Burkley punched in a 13-yard touchdown that brought Louisville all the way back to within six points.

The second-half resurgence marked a dramatic departure from the first two-plus quarters. Cunningham threw two interceptions in the first half, and a third on the Cardinals' first possession after intermission.

Despite the turnovers, Louisville racked up 548 yards to Virginia Tech's 466.

The Cardinals attempted an onside kick following Burkley's touchdown run. Tayvion Robinson -- who set up Virginia Tech's critical fourth-quarter field goal with a 42-yard reception -- made perhaps his most important play of the day, charging in and snagging the recovery ahead of a Louisville player to give the Hokies possession.

The ensuing drive ended with Herbert's touchdown run, punctuation on a productive day for the Hokies running back. Tre Turner added a goal-line touchdown rush for Virginia Tech.