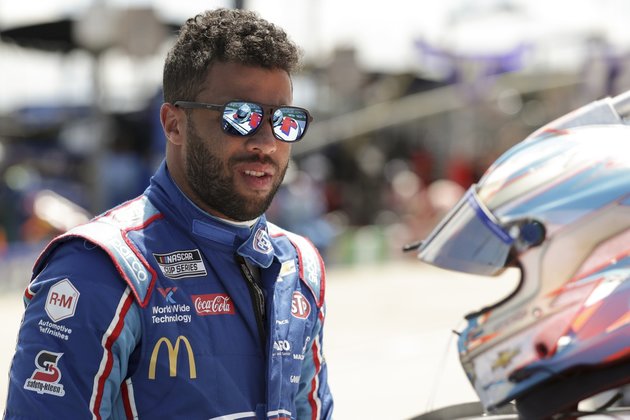 Bubba Wallace will drive the No. 23 car, which will be a Toyota Camry when it debuts for the start of the 2021 season.

The team also announced that Mike Wheeler will be Wallace's crew chief.

"My main goal for 23XI Racing is to be competitive for a championship as soon as possible," Jordan said in a statement. "Our partnership with Toyota and Joe Gibbs Racing gives us the equipment, resources and expertise to do it."

Hamlin added in a statement, "Toyota has been a big part of my NASCAR career. We've achieved multiple milestones together including back-to-back Daytona 500 victories. I know how they support their teams, and when I decided move to team ownership, I knew that I wanted Toyota to be alongside our team.

"Toyota supports my vision with this team and will be integrated with our team members to support us as we grow and strive to achieve race wins and championships."

Ed Laukes, group vice president of Toyota division marketing at Toyota Motor North America, said in a statement. "As a Chicago native, I saw firsthand Michael's determination as he led his team to multiple NBA championships. I know he brings that same drive and work ethic to this new opportunity.

"Denny has been a valuable part of the Toyota family for over a decade, and we are happy to support him as he takes the next step into NASCAR team ownership.

"We are also thrilled to bring Bubba back to the Toyota family. Bubba achieved many firsts with Toyota, and we are counting on him earning many more victories with 23XI Racing behind the wheel of a Camry."

Wheeler's first experience as a NASCAR Cup Series crew chief was a six-race interim stint in 2014 for Hamlin's car when the normal crew chief, Darian Grubb, was suspended. Wheeler was Hamlin's full-time crew chief from 2016-18, and the pair teamed for five wins, including the 2016 Daytona 500.

Wheeler worked the past two years as a crew chief for Leavine Family Racing's No. 95 car, driven last year by Matt DiBenedetto and this year by Christopher Bell.

Wallace has spent four years on the NASCAR Cup Series driving for Richard Petty Motorsports, piloting the iconic No. 43 car, which was a Ford in 2017 and then a Chevrolet the past three years.

Wallace previously drove the No. 54 Toyota for Kyle Busch Motorsports in the NASCAR Truck Series, and his debut in the second-tier Xfinity Series came in the No. 20 Toyota.