Report: Cowboys to cut Poe, Worley if they can't trade them 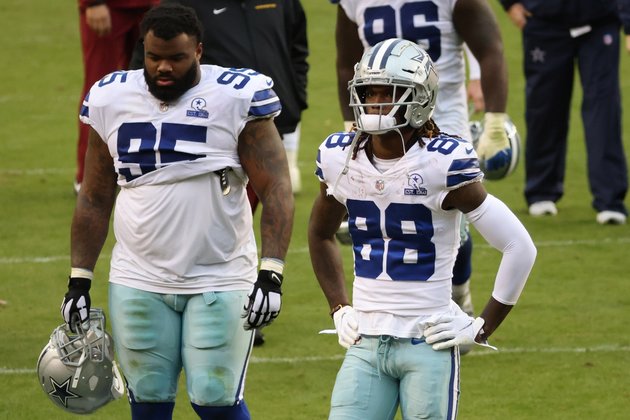 The Dallas Cowboys informed defensive tackle Dontari Poe and cornerback Daryl Worley that they will be released if the team is unable to trade them, NFL Network reported on Wednesday.

The report comes one day after the Cowboys traded defensive end Everson Griffen to the Detroit Lions for a conditional sixth-round pick.

Poe, 30, has recorded just seven tackles and zero sacks in seven games this season after signing a two-year, $8.5 million contract in March.

Worley, 25, has collected 14 tackles in seven games (four starts) this season. He has 257 tackles, five interceptions and two sacks in 63 career games with the Panthers, then-Oakland Raiders and Cowboys.

The Cowboys are 2-5 in the woeful NFC East. The Philadelphia Eagles, who the Cowboys meet Sunday night, lead the division with a 2-4-1 record.