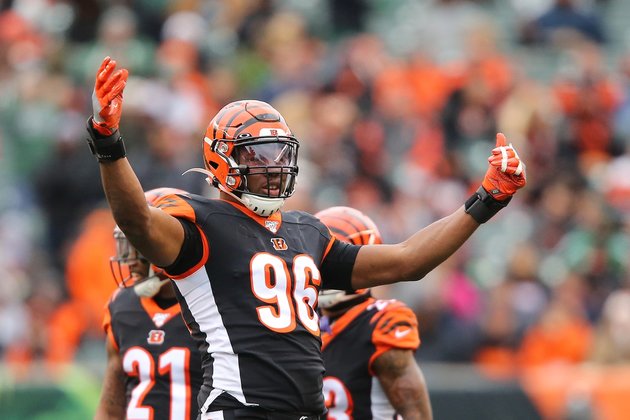 Tensions escalated to a fever pitch between Dunlap and the Bengals in the waning moments of the team's 37-34 loss to the Cleveland Browns on Sunday. Dunlap was involved in an argument with defensive coordinator Lou Anarumo, with the two-time Pro Bowl selection ultimately being restrained by Bengals defensive line coach Nick Eason.

Dunlap, 31, recently has revealed glimpses of his discontent over social media.

Dunlap posted a picture Saturday on his Instagram account showing the Bengals' defensive starters and backups. The image, which shows a set of numbers written on a dry-erase board, lists Dunlap's No. 96 at third string.

"Bengals Depth Chart Update: 'Stand Down And Stand By' is what this tells me," Dunlap wrote. "Zac/Lou they got an experiment, but I don't got time for this."

Dunlap also tweeted that he's selling his house after Sunday's loss to the Browns, during which he played a season-low 12 defensive snaps.

Dunlap has 18 tackles and one sack in seven games this season.

Dunlap has recorded 490 tackles and 82.5 sacks in 155 career games since being selected by the Bengals in the second round of the 2010 NFL Draft.